Meet the People behind Coradorables

Cora Spearman is the CEO and Founder of Coradorables, an heirloom fashion brand for people who aspire to a joyful, vibrant, Hawaiian-kissed lifestyle for their families.

Inspired by the birth of her first daughter, Cora began creating handmade tutu and hair accessories in 2010. First sold at craft fairs, her designs are now carried by 5-star resorts and hotels and at online and specialty shops worldwide.

An Ohio native and graduate of Antioch College, Cora used her dual degree in Communications and International Business with a minor in Japanese to build a career on both sides of the Pacific Rim, leveraging the years she spent living and studying in Tokyo – earning her high school diploma at Meiko Gakuen, then studying international business at Waseda University – to forge trade relationships between America and Asia.

Previously, she managed and trained over 1,000 Japanese and Korean distributors at multinational corporation, Enagic USA, and parlayed that experience into serving as the CEO/General Manager of The Place, LLC, a Hawaiibased boutique with a legendary cult following among Japanese tourists.

Cora’s upbringing and travels immersed her in multiculturalism that is reflected in her design and life philosophy. In addition to Japan, Cora has lived and worked in Korea, South Africa, Chicago, and Washington, D.C. An African American woman raised in a heavily Jewish community, Cora is married to a man raised in Hawaii by parents of Portuguese, Hawaiian and Chinese ancestry whose family is on the Royal Coat of Arms of the Hawaiian Monarchy from Kamehameha III through the reign of Queen Lili‘uokalani and whose grandfather invented Hawaii’s famed shaved ice syrup.

“I have been loved by and welcomed by so many communities that didn’t outwardly look like me, but I never felt less a part of,” Cora said. “Instead of focusing on how everyone is different, I see commonalities. Everyone wants their kids and family to feel beautiful, strong, healthy and to be joyful.”

Cora’s exceptionally resilient spirit was forged by overcoming extraordinary life challenges. At the age of 9, she was hit by a car and sustained serious injuries that landed her in the hospital for 11 months. As an adult, she was diagnosed with a rare brain, head and neck cancer that necessitated numerous, extensive surgeries.

When she recovered from cancer, Cora knew she would realize her dream of creating her own brand. Coradorables is inspired by Cora’s love of Hawaii, her spirited daughters, and her multicultural roots. She is also influenced by the design-sense of her grandmother, a seamstress and designer, and her father, a tailor and trained architect.

Cora was named Hawaii Emerging Designer of the Year at the 2013 Governor’s Fashion Awards, 2016 Small Business Champion, 2016 Rising Star Awardee by Wells Fargo (Women At The Well), and was honored as one of Pacific Business News’s Women Who Mean Business 2020. She was recently featured in the pages of Vogue Bambini (UK). Stars of Modern Family, The Hunger Games, Dance Moms, and various Disney Channel shows have worn her colorful, eye-catching designs.

Cora lives in Honolulu with her husband, Kalanialii, and two children, Izzabelle Ka‘iulani and Zoe Heimakaokalani. Together, they bring made-in-the-islands aloha spirit with them wherever they go.

Want to learn more? Reach out! 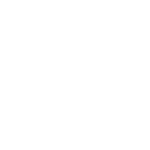